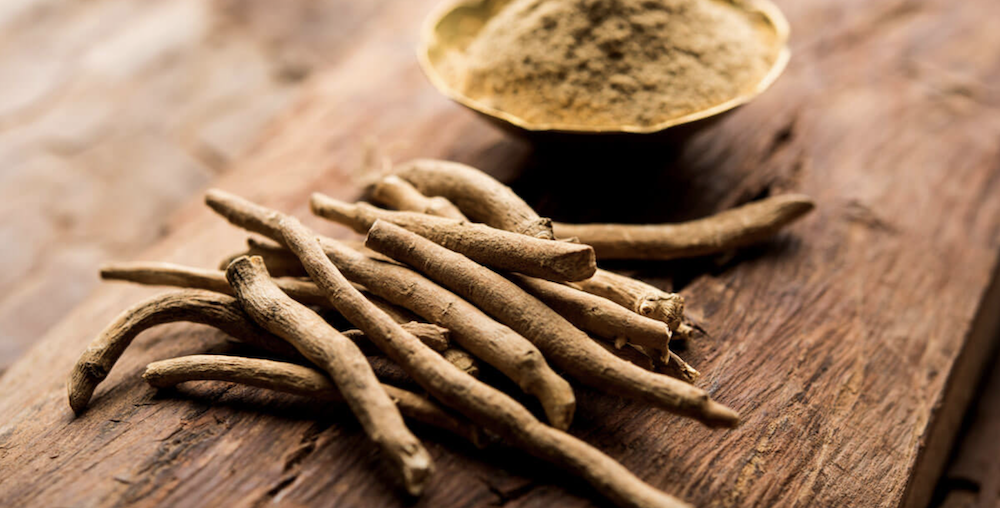 Adaptogens are plant substances that strengthen the body’s ability to deal with stressors and maintain balance. There are two main types of adaptogen’s, firstly the type that help support the effects of physical stressors on the body, such as helping to support a healthy inflammation response, muscle strength and recovery and cardiovascular and immune function. But also, those that are used to specifically target mental health and symptoms such as stress and anxiety.

Adaptogenic herbs have been used in Ayurvedic and Traditional Chinese Medicine for centuries and are readily available today as a single substance, or as a formulation of multiple adaptogens which may offer greater benefits. They can be purchased and consumed as a supplement, powder, tea or tincture.

Why do we need adaptogens?

Even if you follow a healthy diet and lifestyle and feel the benefits those bring, stressors from work, family and everything in-between, can play havoc on your mental health, which in turn can start to affect your physical health if not dealt with. Common adaptogens have research backed benefits in being able to manage stress before it starts playing havoc on your wellbeing.

During stressful situations, our bodies go through many internal processes. One being that the adrenal glands release stress hormones such as cortisol in response to the sympathetic nervous system, otherwise known as the “fight or flight” response.

The chemical properties of adaptogens affect the HPA (hypothalamic-pituitary-adrenal) axis, which controls our body’s response to stress. This allows your body to become more resilient to everyday stressors by reducing the release of stress hormones.

Adaptogens work in different ways, but ultimately, they help to support a better mind-body balance. Here are some of our favourite adaptogens that may help with stress and anxiety.

Also known as Indian ginseng, is native to India, northern Africa and the Middle East. Ashwagandha can help the HPA glands to communicate effectively, which is important in maintaining a healthy stress response.

A 60-day randomised, double-blind, placebo-controlled study in stressed, healthy adults who took ashwagandha, showed a greater reduction in morning cortisol, compared to placebo. A reduction in stress and anxiety was also observed, measured against the Hamilton Anxiety Rating Scale.

These results are echoed in another randomised, double-blind study where participants first graded their stress level on a perceived stress scale (PSS) from 0 (no stress) to 40. All participants self-coded 14 or higher at the start of the trial. After 60 days, the placebo group’s PSS had dropped an average of 5.5%, while those who were supplementing with ashwagandha saw an average of 44% decrease in their self-reported stress score.

Ashwagandha is also well known for its benefits for sleep. Studies show that it can help to reduce the time it takes to fall asleep, as well as the quality and duration of sleep. Even the mood of the participant’s was improved compared to before they started taking the herbal supplement.

Also known as tulsi, is native to the Indian subcontinent and cultivated throughout the Southeast Asian tropics. It is referred to as an “Elixir of Life” or the “Queen of Herbs” in Ayurvedic medicine as it is said to act as a tonic for the body, mind and spirit that offers solutions to many modern-day health problems. It has been used for more than 3,000 years.

Aside from the benefits for stress and anxiety, holy basil has also shown positive benefits to other systems of the body such as the endocrine, immune, cardiovascular and digestive systems. It also lowers blood sugar levels which helps to reduce cravings and stabilise moods.

Scientific research shows that holy basil contains properties that can help you cope with stresses from various causes such as chemical, physical and emotional. It also has antidepressant and anti-anxiety properties comparable to conventional drugs.

A 6-week, double-blind placebo controlled study examined participants with stress symptoms. Those that received holy basil, showed a 39% greater improvement in stress symptoms than those who received the placebo. By reducing the stress response in the body, you will also be supporting the health of the rest of your body too.

Also known as golden root or arctic root, it grows in the cold, mountainous regions of Europe and Asia. The roots of the plants are the parts known for its adaptogenic effects, containing more than 140 active ingredients.

The herb can help you to better manage stress and anxiety during stressful times. In addition, a study reveals that it can also help improve symptoms of burnout. Over 12 weeks, participants took 400mg of rhodiola rosea a day. They showed clear improvement in symptoms such as stress and depression which are commonly associated with burnout.

Long term stress can lead to chronic fatigue symptoms. Another study of 100 participants revealed a daily dose of 400mg of rhodiola rosea for 8 weeks lead to improvements in stress, fatigue, mood and concentration. Improvements were seen after the first week and continued to improve throughout the study period.

Astragalus is a perennial plant with the root being the medicinal part of the plant. It is also known as huang qi or milk vetch, and comes from a type of bean or legume that is native to the northern and eastern parts of China, as well as Mongolia and Korea.

Astragalus can help protect the body against physical, mental and emotional stressors. It can be used to support the HPA axis, helping to reduce high cortisol and thereby reduce symptoms of stress. It can also help with mood swings and nervous tension as well as insomnia and interrupted sleep patterns.

Liquorice (or Licorice for our fellow Americans) is native to southern Europe, and is mainly cultivated throughout Europe, western Asia, northern Africa and the Middle East. It comes from the plant Glycyrrhiza Glabra, and use of the root dates back to ancient Egypt.

In addition, it can be beneficial for treating stress and anxiety. Liquorice root is effective at stimulating the adrenal glands. Properly functioning adrenal glands can help to regulate cortisol in the body. Too much cortisol being produced can be linked to anything from heart conditions to type 2 diabetes. Chronic stress can cause our glands to become fatigued from the constant production of cortisol and adrenaline, leading to adrenal fatigue.

These herbs which are known as adaptogens, have a host of other benefits beyond stress and anxiety. But since this is a major issue right now and stress, if left untreated can lead to a variety of physical health issues, we wanted to highlight these benefits. For information on how to take any of these adaptogens and on dosages, please consult a qualified practitioner for advice.

Are you ready for greater health and wellbeing? Search Holistic Room for qualified holistic health practitioners for your unique needs, or email us at support@holisticroom.com and we’ll get back to you promptly.